I began my career as an artist in the dance world performing, choreographing and making costumes in San Francisco in the 90s. I open The Labyrinth Shop  in 1994, on 22nd St. at Guerrero, making costumes for performances, while designing and running the store and staging fashion shows, around the city. I Move The Labyrinth Shop to Haight St. and begin selling my hemp clothing line wholesale in New York at the NY Fashion Boutique show & around the country in places like  Woodshole, Marthas Vineyard, Los Angeles NY.  while continuing to make costumes for choreographers and custom clothing for individual clients and wedding parties. 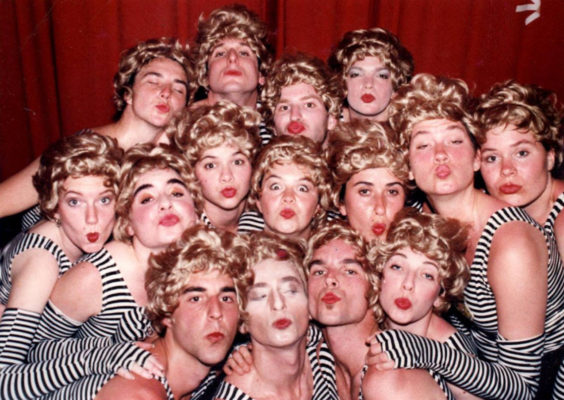 Labyrinth AKA Jennifer Jensen, Lily Hotchkiss and Fong Lam, create 2  clothing lines, Labyrinth Hemp clothing and Limpet Upholsterwear, which was sold to 1000s of people over a 6 year period and managed to make a name for themselves in the early Hemp/ eco clothing movement and  the beginnings of the young designer cutting edge, on the West Coast, that  spawned a movement of fashion artists,  that flourishes to this day.

In 1999, after running Labyrinth for 7 years,  I closed down the Shop and moved to Maui, to create the Art=Farm, in Haiku, Hawaii. That same year I got pulled  back to San Francisco, to make costumes for Robert Henry Johnson’s choreographed piece, “Woman At The Well” for the opening of the Oakland Ballet’s 2001 season at the Paramount Theatre. Five art costumes for the pop/rap group Zap Mama, singing live for 13 dancers w 26 costumes, *including masks and props,  that went onstage September 14th 2001 for a two night run ( w a rerun at the Yerba Buena Center for the arts 2 years later). Back on Maui, I helped write, design and perform in a collaborative interactive theater show, “Beyond Reality Strikes Back” a Star wars themed spoof on the Maui New Age scene.

Meanwhile, back at the land project, things were shaping up as I turn a raw land property in the jungle into a little piece of paradise. Pursuing  Permaculture based practices for a food forest, communal living based on work trade exchange, property design with a focus on artistic, unique architecture and sacred geometry, The property was featured on Discovery Channels Destination America on ‘Buying Hawaii’ ep. Jungle Fever, in 2014. 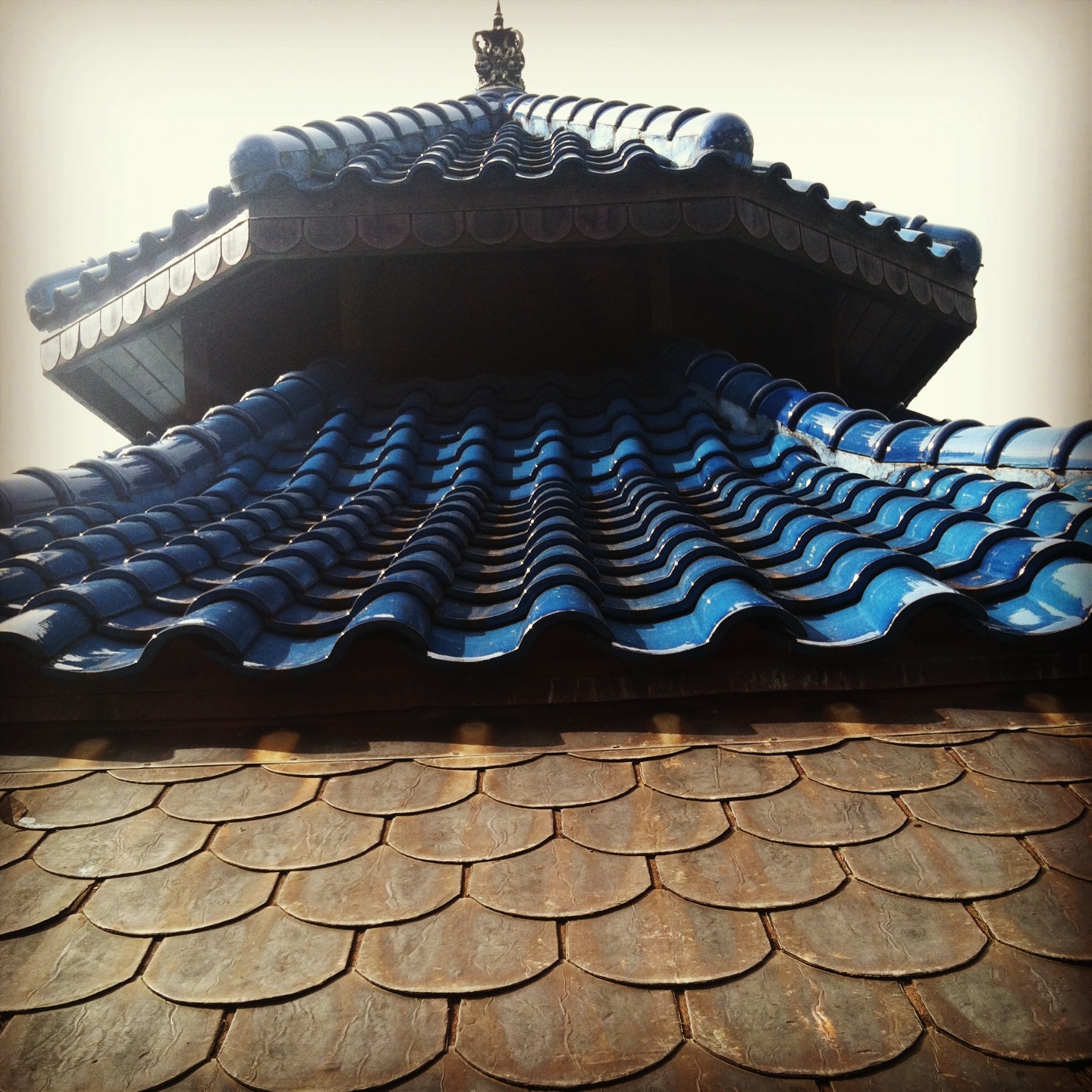 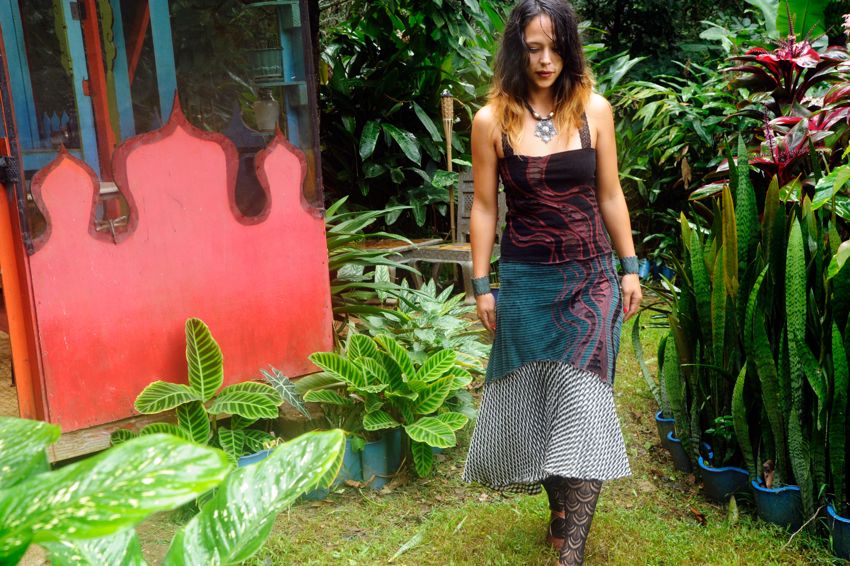 I produce a mermaid clothing line, in Bali with fellow designer LaLaSun, and make costumes for stilt troupe Show Surreal (with Nala Starfish and Sita Luna), and the beginnings of my current clothing line in her earliest form: Zoetique,  a collaboration with silk artist Cudra Clover and soon after, Island Nuvo, the mother of NuvoTerre. 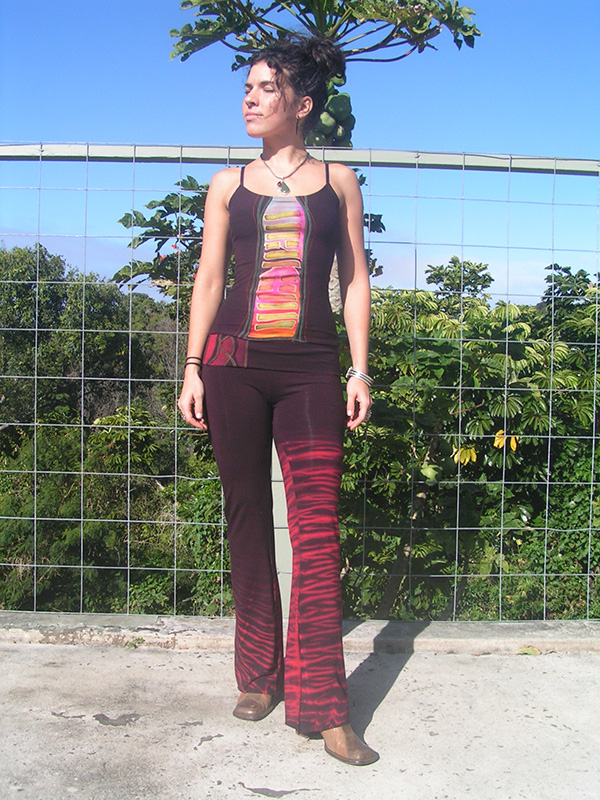 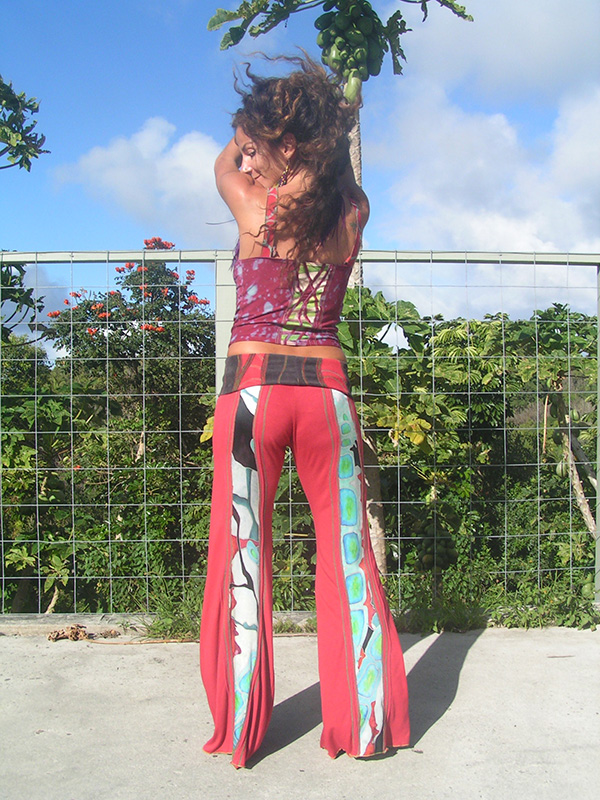 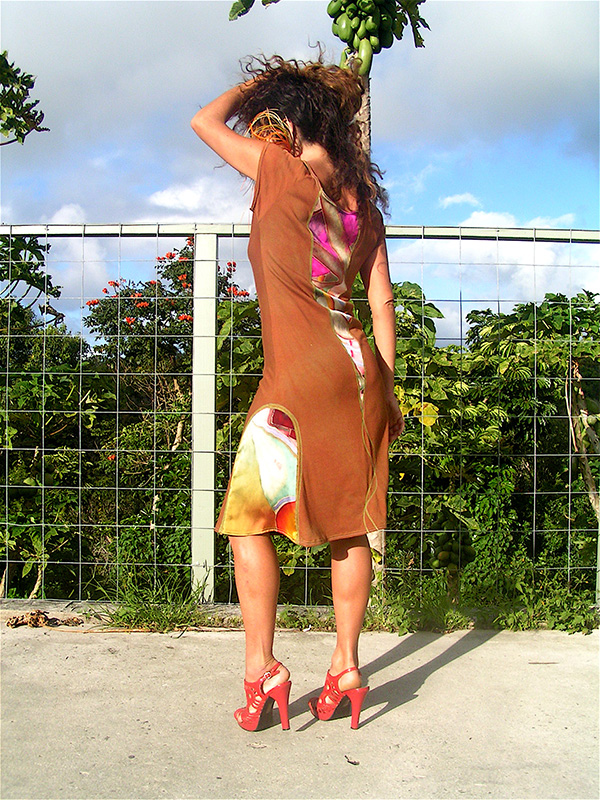 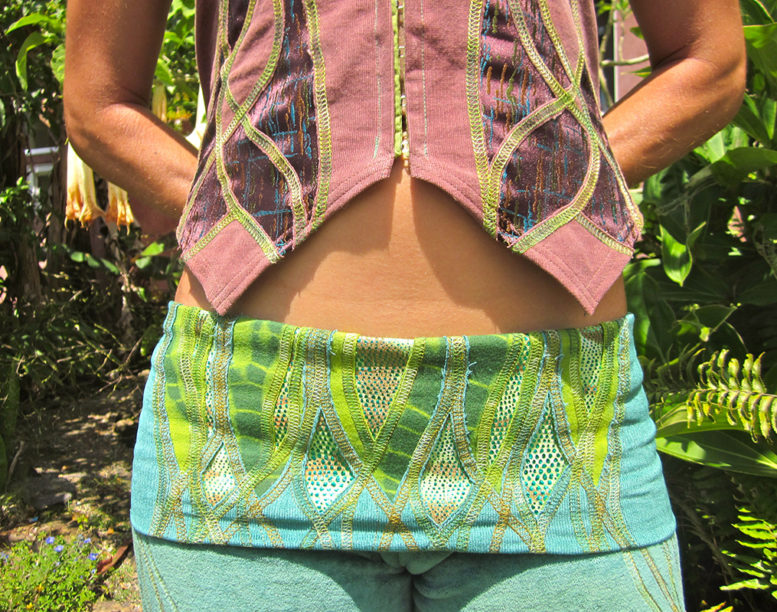 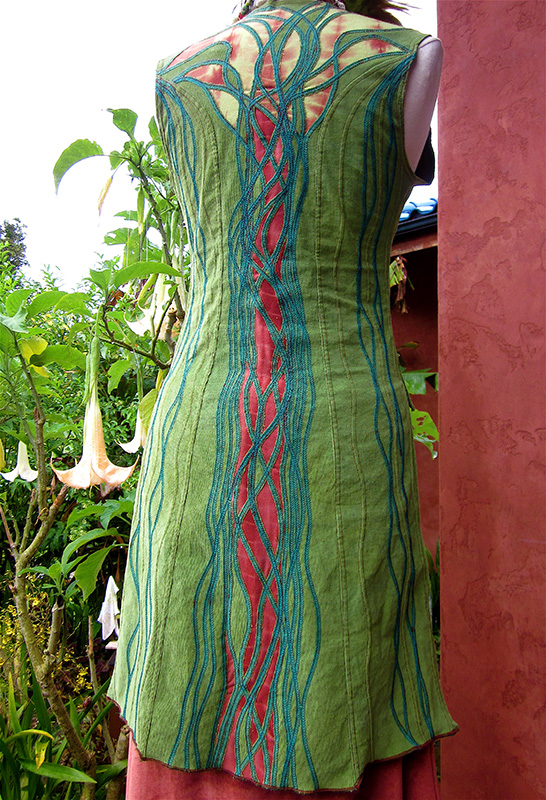 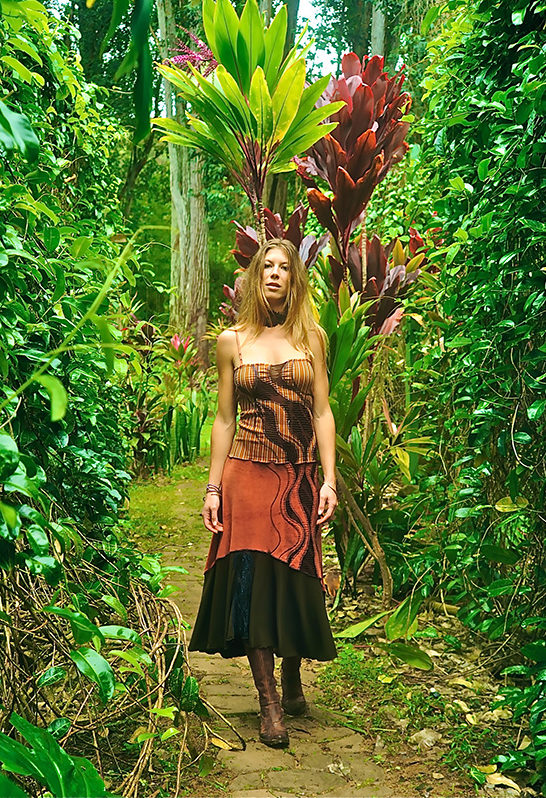 During my last two years on Maui, I was invited to participate in The Art=Mixx event at the Maui Arts and Cultural Center. In June 2012, my “Black & White” costumes went up at the height of the evening’s performance. Three tall goddesses float and sway amidst Escheresque video mapping, as part of the MACCs debut of their now famous Art=MIxx events, directed  by Neida Bangerter and a team of creative geniuses. 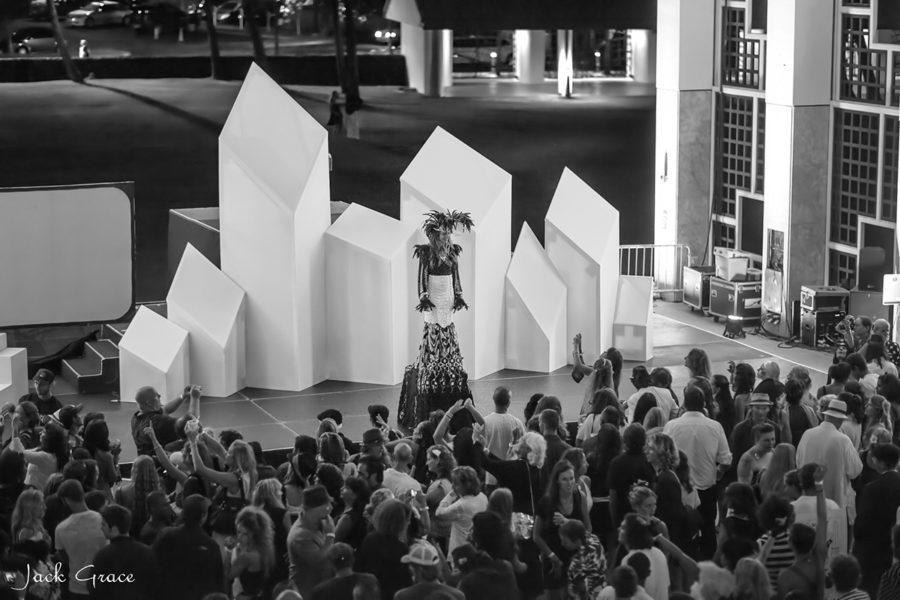 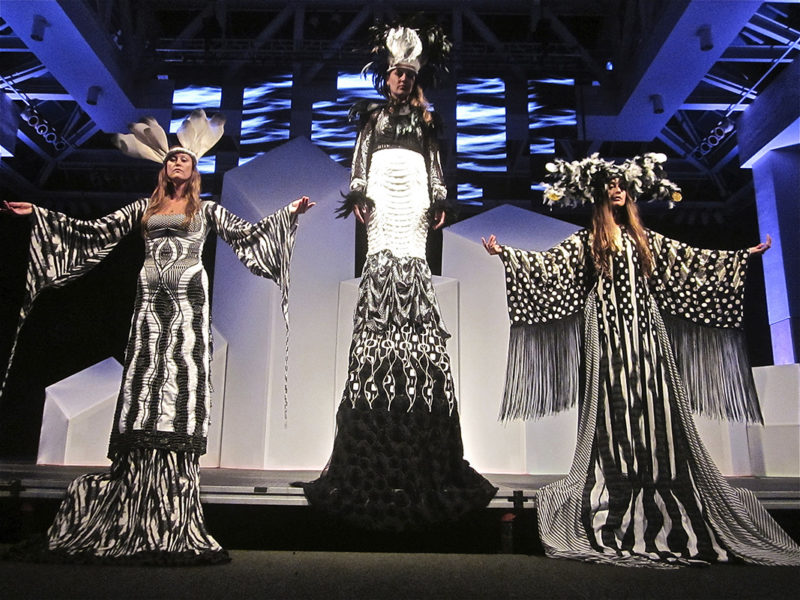 In July of 2013, Island Nuvo unveiled her first runway fashion show as part of the MACC’s Art=Mixx Runway Event; collaborating with visual artist Jaisy Hanlon and video artist Josh Meredith, on the set and video backdrop. 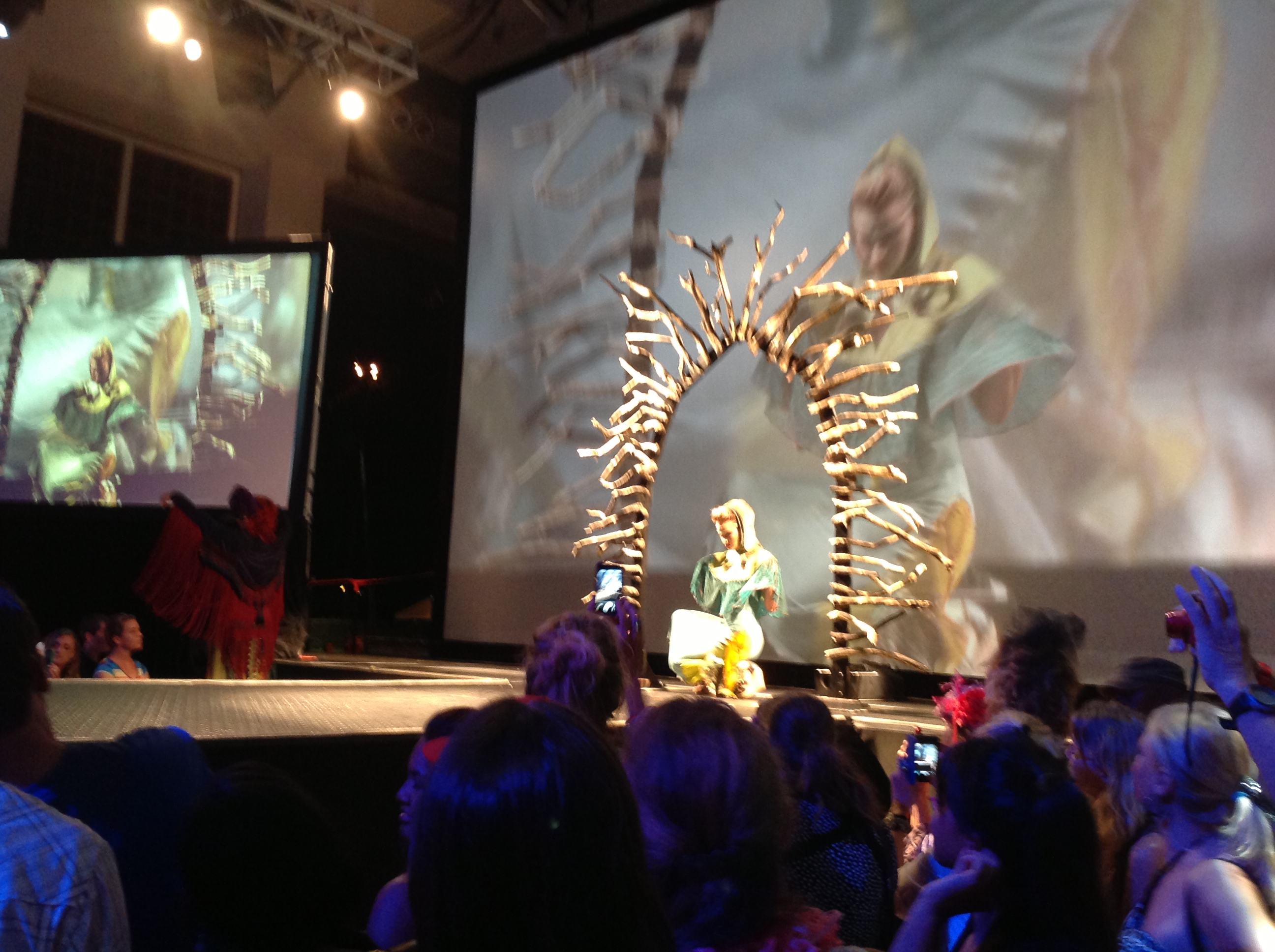 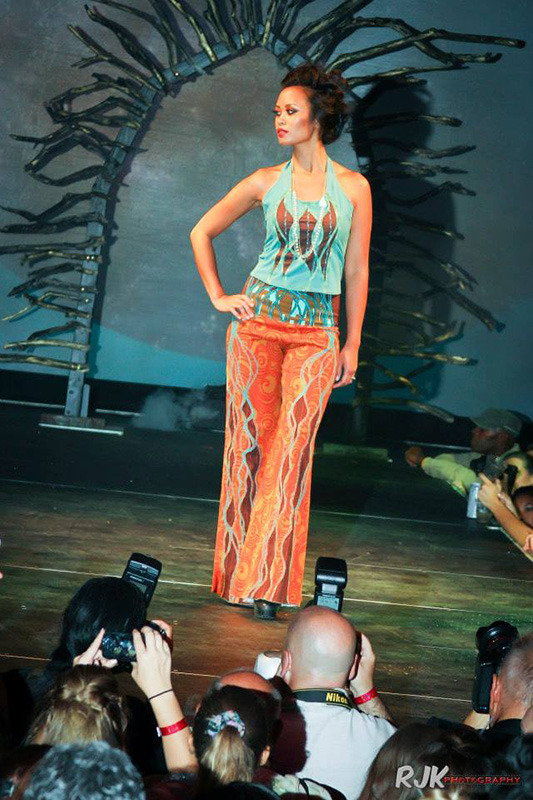 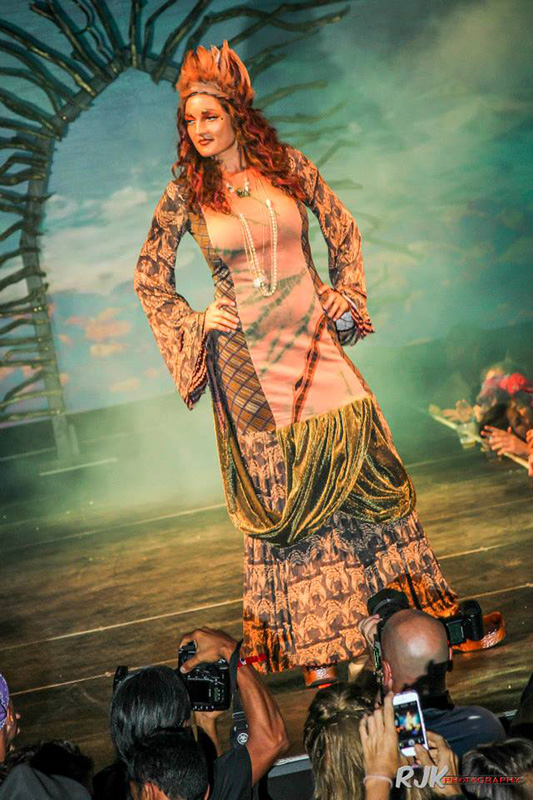 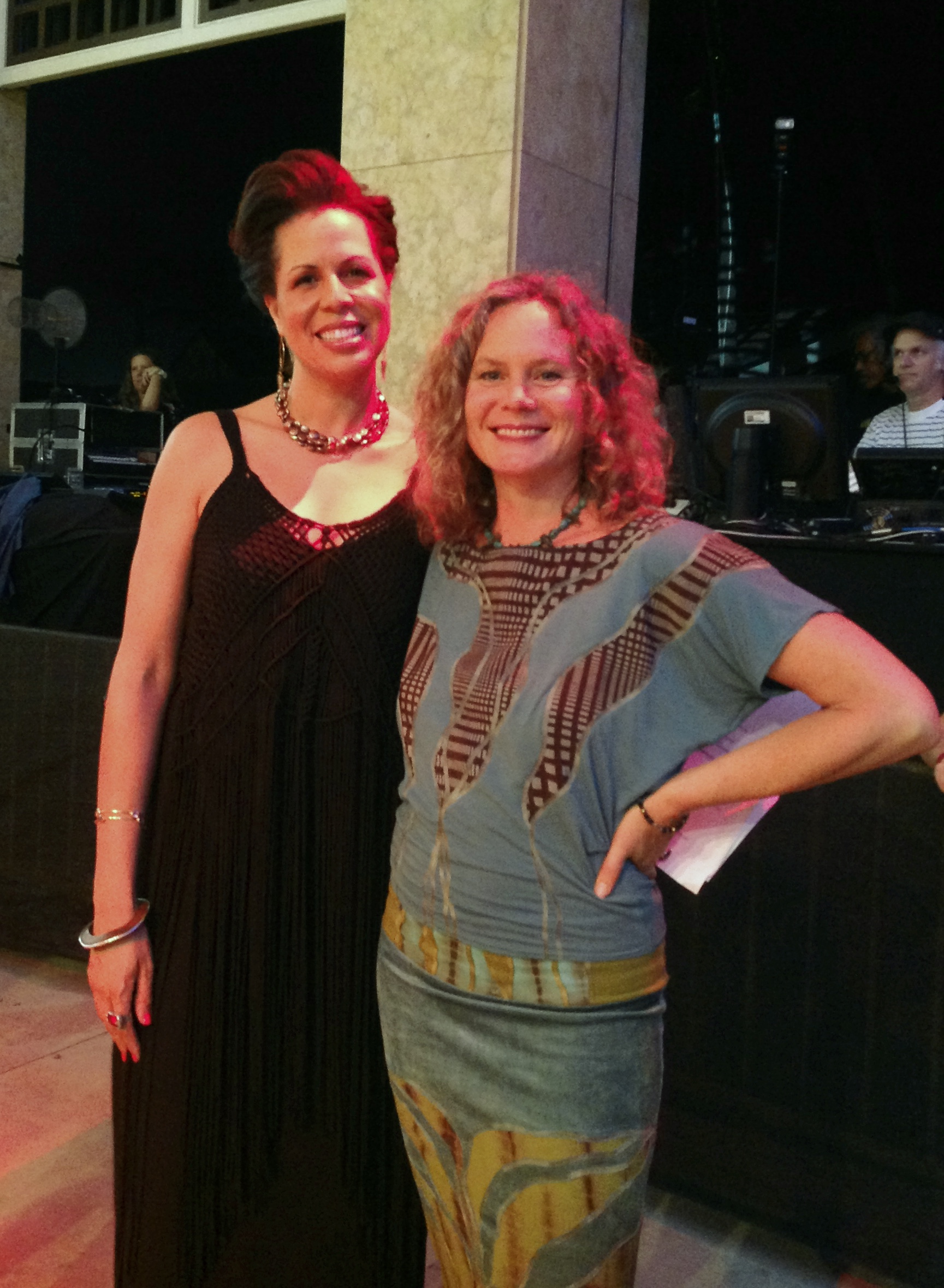 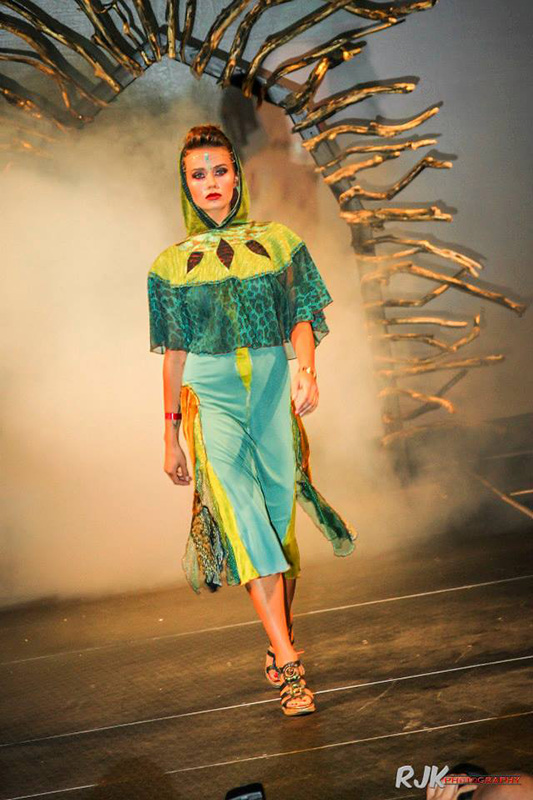 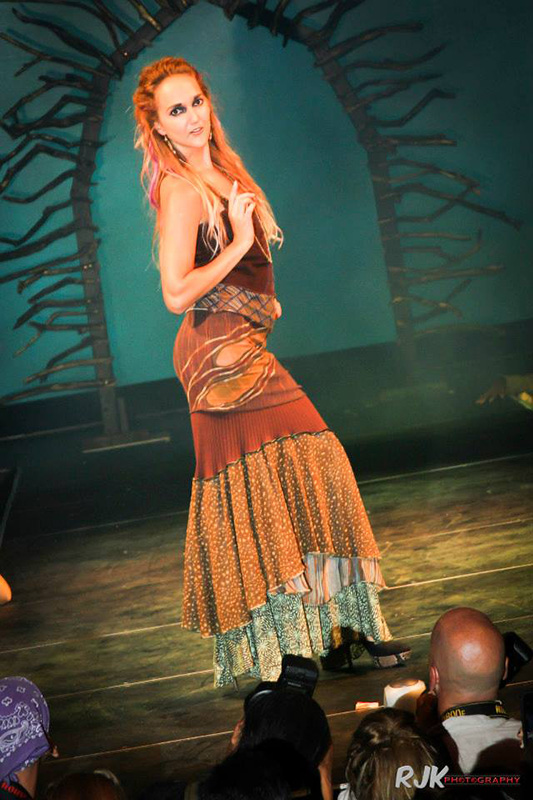 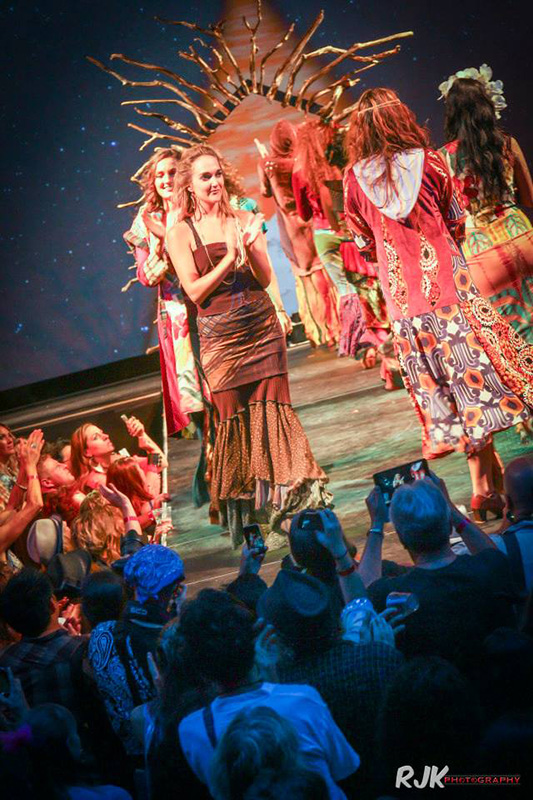 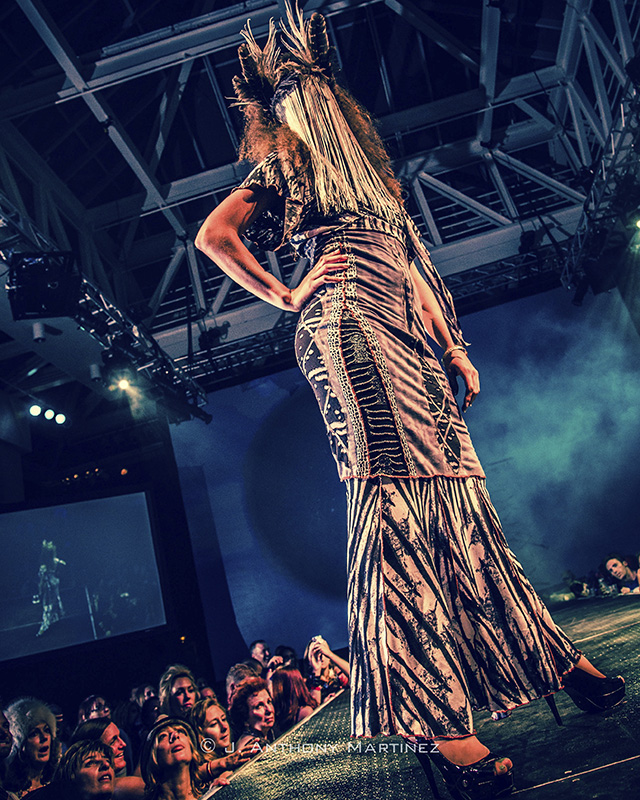 Art=Mixx Runway at the MACC .

The Maui chapter of my life closed for me after 13 years of creativity in the jungle.  In the fall of 2013, I moved to  Southern Oregon where I continue to manifest into clothing form, the beauty of the world around me, with NuvoTerre Art to Wear. 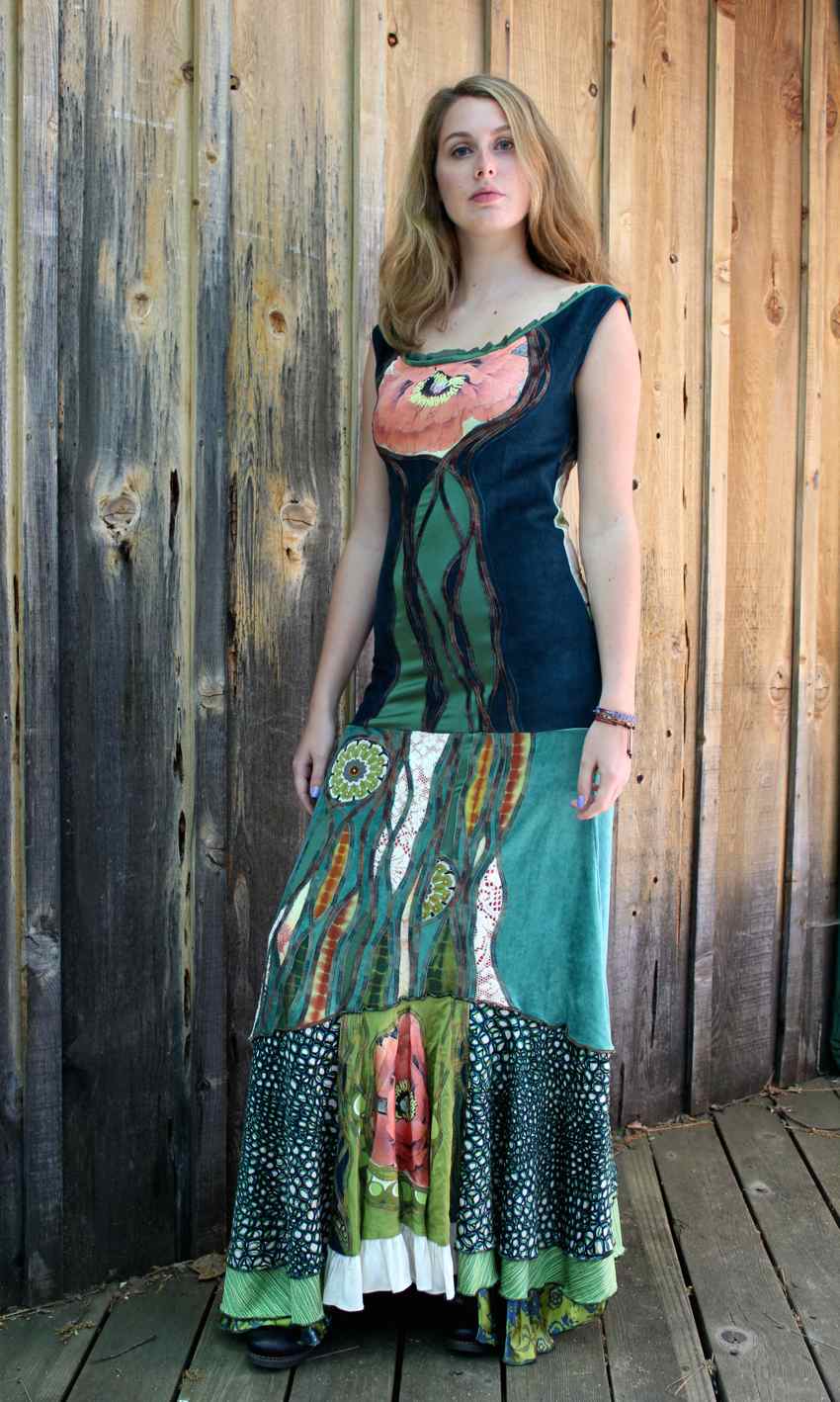 For Nuvoterre go to Artist